Case study: Using VR to emotionally connect B2B buyers with products they may never use themselves 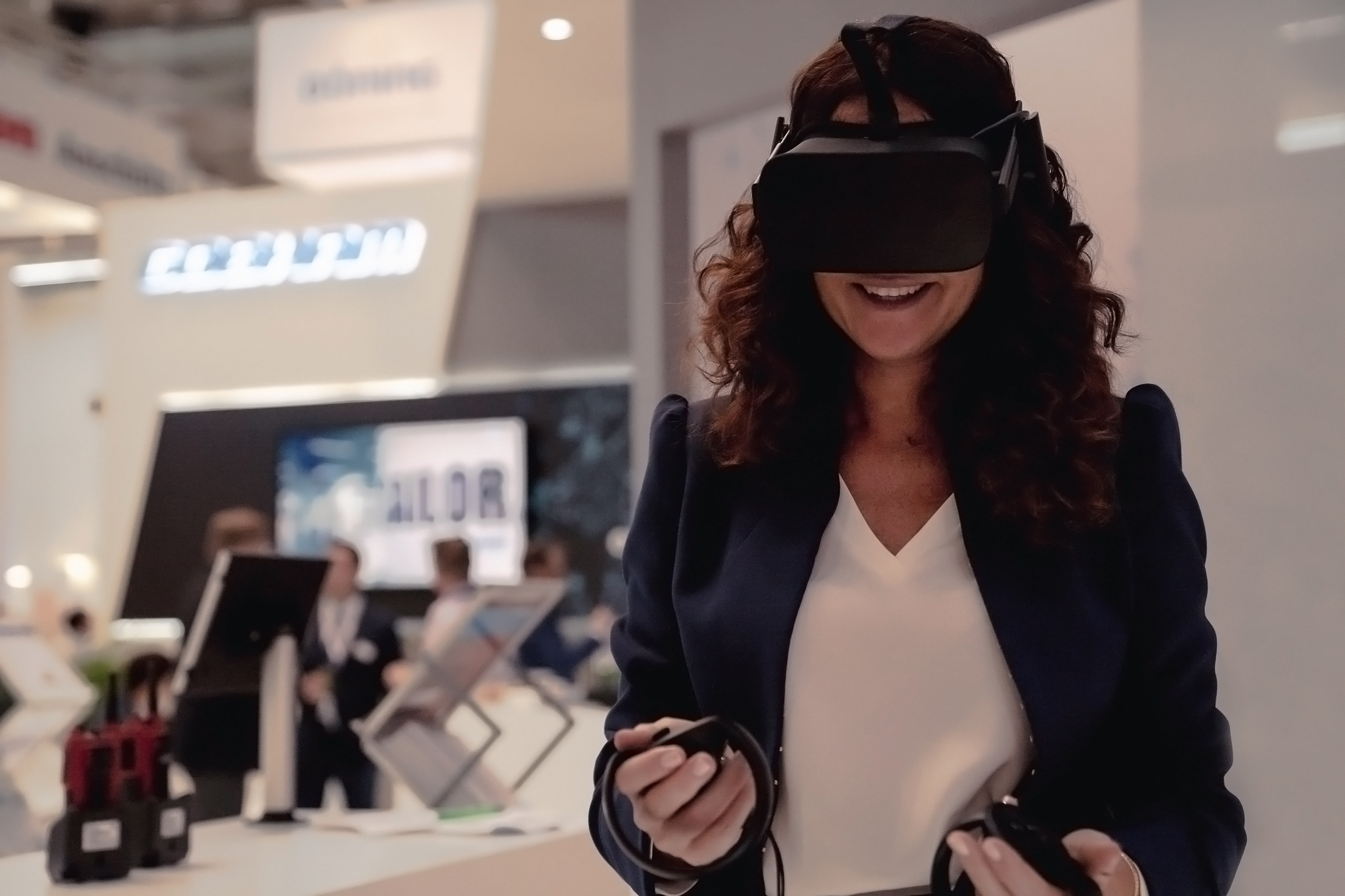 Cobham SATCOM’s choice to invest in a virtual reality experience to promote its SAILOR 3965 UHF Fire Fighter radio pays off as buyers are transported into the high-stakes situation of fighting fire at sea.

They say buying decisions are 20% logic, 80% emotion. If that’s true then how do we emotionally connect B2B buyers with products they probably won’t ever use themselves?

This was the challenge we faced when Cobham SATCOM came to Knowit Experience in late 2017, asking us to contribute to an ambitious marketing campaign promoting their SAILOR 3965 UHF Fire Fighter radio.

The handheld radio, used by sailors to communicate with one another in the event of an onboard fire, was in particular focus because of an upcoming international law requiring all seagoing vessels to have one per person on board by the first of July 2018.

This new regulation created a unique promotional opportunity to raise awareness of the deadline and showcase a product that, in the best of scenarios, would remain tucked away in a fire equipment box. This enticed Cobham SATCOM to accelerate their marketing efforts on a variety of channels and platforms.

But raising awareness was only the first step. Cobham wanted to take it one step further and see if there was a way to introduce the product to buyers in a more memorable way. One that made them “feel” the importance of the product and the urgency of the situation it would be used in. 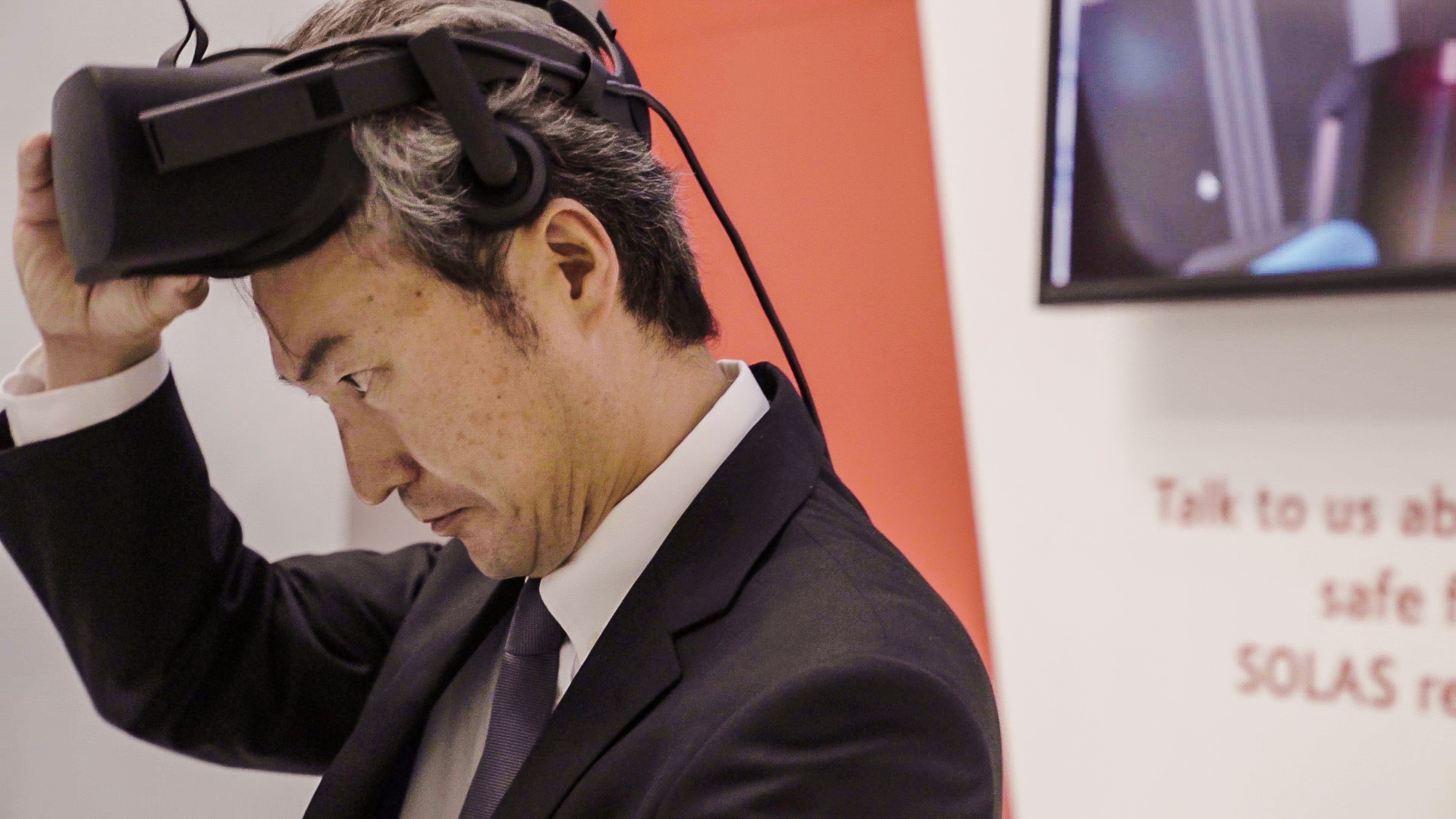 Choosing VR as the medium

Virtual reality is still novel for most people. Putting on the headset for the first time is still a powerful experience, that can instantaneously put people in a different state-of-mind. And hopefully it follows that businesses would have an interest in trying to harness this opportunity to showcase their products.

Cobham SATCOM had previously experimented with the VR system called Oculus Rift and had the console in their office ready for use. As a leading platform in this space, it allows for 6 degrees of freedom (X, Y, Z movement in space + rotation on the X, Y, and Z axes) in both the headset and controllers, making it ideal for a fully interactive experience.

Unfortunately, the business ROI quickly dissolves for most companies due to the lack of adoption of the VR devices themselves. What good is a VR experience as a promotional tool if no one has a device that can view it?

But for SATCOM, much of their business still comes in the form of industry trade shows, which allows them to bring the delivery device to their customers, and better control the overall experience. The venue was now set. 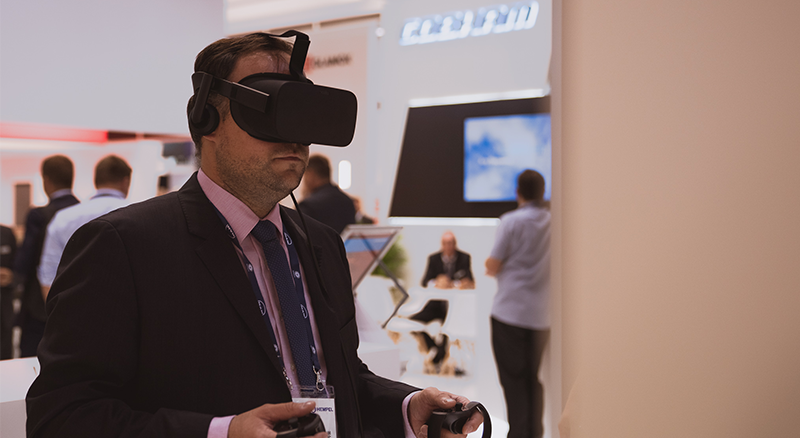 After rounds of storyboards and scripts, and meetings with maritime experts, we ended up with a user-controlled story that takes about 3-4 minutes from start to finish. The player is put in the role of a sailor who must respond to an onboard fire in the engine room.

When the player puts on the headset for the first time he finds himself high up on a platform on the front deck of a massive container ship, with the open ocean stretching out around him. Here the player is given some basic instructions and is able to handle a virtual version of the fire fighter radio.

The player then moves through a series of three scenes bringing him from the initial alert on the bridge to the engine room where he must extinguish a blazing fire. In each scene he is required to perform simple tasks (grabbing a helmet, opening a door, etc.) to advance.

Instead of digital overlays, such as arrows or text, players are guided by “in-experience” audio instructions delivered through the radio itself by other virtual crew members. Along with glowing effects on interactable objects, this type of subtle guidance keeps the experience feeling less artificial and allows us to highlight the way the product is used.

We chose a “stylized” graphical look for the experience, which lacks the details of full realism, but was a trade-off we made for faster rendering times and a smoother experience. What we quickly learned though, was that a stylized virtual world with the right scale, lighting and sound effects, was more than enough to convince our brains that we were in another version of reality.

The experience culminates in a gamified engine room scene, where the player and his virtual partner work the hose to battle a blazing oil fire and save the ship from sinking. Success produces a congratulatory remark from their fellow sailor and triggers the outro that reminds the player of the upcoming deadline.

The result is an immersive experience that transports buyers into a world they would otherwise never find themselves in. With the hope being that now, as they make preparations to comply with the new regulation, they will be a little less focused on the new expense, and a little more focused on the increased safety they are providing their colleagues at sea. 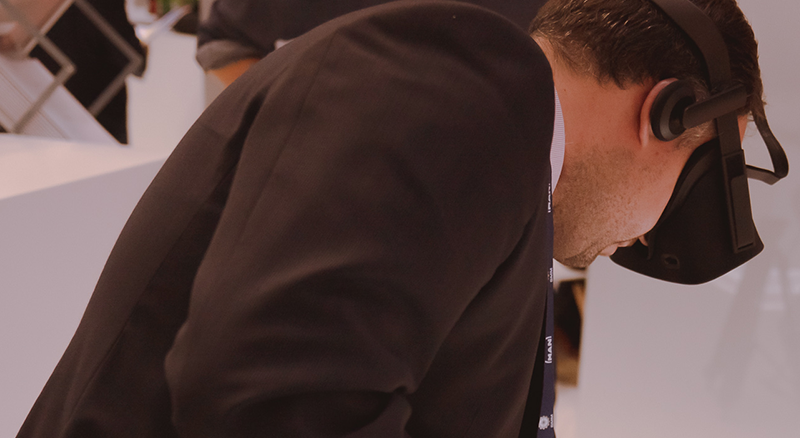 Cobham SATCOM is currently out demonstrating the experience at tradeshows and conferences around the world, and the early reports have been positive. People who have tried it say that the storyline is exciting and that navigation is intuitive.

The overall campaign, including the VR experience, has ensured enough bookings of the SAILOR 3965 UHF Fire Fighter radio to exceed the initial budget by +30% so far.

As a team, the learnings have been tremendous. From putting together the right team, to small do’s and don’ts in VR, we have accumulated a wealth of knowledge that we will be applying to future projects. The journey was short, but intense, as we moved from a group of multi-background designers and developers, to a confident VR production team capable of making focused and engaging experiences.

We are also convinced that right now is a great time for businesses to start experimenting with virtual reality. New, more powerful, and more portable hardware is coming out every quarter, and VR’s reach is already surging in areas like retail, healthcare, and entertainment. Getting ahead of the game and figuring out how to use virtual storytelling in your business will pay off when VR inevitably becomes a part of our everyday lives.

If you would like to know more, you can read our case about the project here.